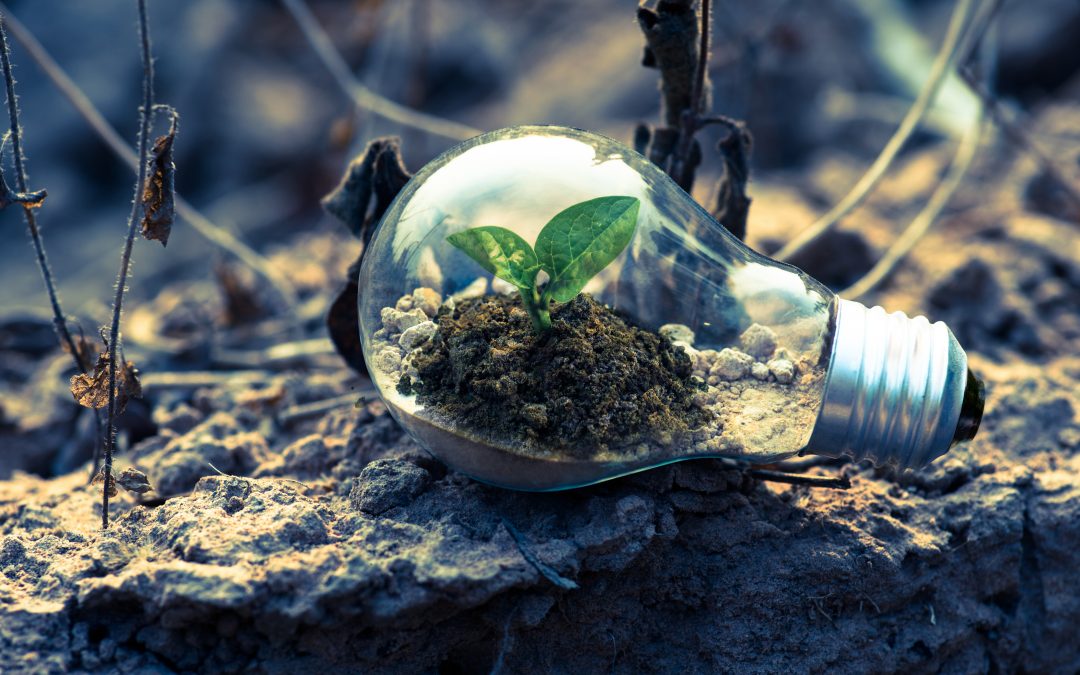 Many of us have a growing sense of environmental awareness and concern about issues ranging from climate change to the loss of endangered species. Such concern increasingly affects our lifestyles. We go out and buy hybrid cars; we recycle; we eat organic food.

There is widespread awareness that mother earth is under attack; that the excesses of modern society are poisoning our waters, warming our atmosphere, polluting our air, and draining our natural resources. Our response, for the most part, has been to change behavior; change what we consume; lower our carbon footprint.

This behavioral response is completely understandable. It is the only way that many people feel that they can do something about what is happening to the earth. It should not be underestimated. We are part of, at least in the West, a slow but steady movement towards more sustainable lifestyles. Many businesses are jumping on board this trend through their commitments to sustainable business products and practices.

But why do people trying to do something about the environment care so little about how the countries of the world work together to address this matter. Is it because as environmental problems are getting more pronounced, our countries governance systems are becoming increasingly fragmented, polarized and incapable of collaborative action with other nations?

Is it because when environmentalists communicate their message of concern about the earth and its inhabitants, they offer compelling tangible imagery that people can sense if they go into their back yard. But the imagery of a world community of nations right now is a little cold, abstract and hard to understand.

We look at the world and see a jumbled mess of countries; some rich and well off, many poor; who compete and feud with one another in shifting alliances. We see international organizations like the UN that, because of their makeup, are challenged to make a difference. The earth is a little easier to understand. We sense there are some concrete things we can do to save it, to make it better.

It could be that our current crop of nationalist leaders makes the world seem like a hostile place. It could be the followers of these leaders are seduced by their messages and feel threatened by terrorists and migrants and the loss of jobs caused by the excesses of economic globalization. For whatever reason, when you speak about “what’s good for the world” or “shouldn’t this be an issue for the world community” many people roll their eyes. They believe the interests of their own country come first; who cares what others do

But we, as citizens of the planet, are making a grave mistake if we don’t do something to connect the problems of our environment to the need for a coherent functioning world community. The earth (and her people) will not be protected simply by changes that some of us make in our consumption habits; our way of life won’t be sustained only through better recycling programs.  Changing behavior, lessening our carbon footprint, is a necessary but not a sufficient step for protecting our environment and putting our planet on sustainable footing.

We are each custodians of the environment in the ways in which we lead our lives. However, we give power to those who lead us at the local, national and global levels to make the laws and set the policies that address our environmental misdeeds. And while many cities, and states and provinces are starting to do a reasonable job at this, those representing our countries on a global level lag behind.  They can’t manage to take a strong united stand. This is a shame because the environment does not know borders, and many environmental issues need to be addressed at a global level

We need a well functioning world community of nations. Collaborative efforts by the governments of the world are required to protect and sustain our environment. Efforts that are based on an agreed upon set of standards for the protection of the environment, climate change, the protection of endangered species, the extraction of scarce natural resources and sustainable development for all. We need policies that each country enacts to do its share to live up to these standards; and we need some form of accountability for our country’s efforts. We are a long way from having such an accountable world community but that is what’s needed if we want the planet to endure.

There are a few building blocks with which to work. There are for example, international agreements in place like the Paris Climate Agreement that are flawed but could be made to work better.  There is the United Nations and its family of associated organizations that do-good work but as of yet have not been invested with the authority needed to effectively protect our planet and support sustainable development.

There are a few national leaders, who have the courage to speak out about the need for country collaboration to protect the earth. President Xi of China is calling for the establishment of an” ecological civilization”, though one wonders if it would come with Xi’s form of authoritarian rule. President Macron of France has supported a Global Pact for the Environment but has come under criticism in his own country for putting global issue ahead of the need to address the economic woes of his citizens (He needs to address both). And Canadian Prime Minister Justin Trudeau is trying to enact policies that support the goals of the Paris Agreement but must contend with several provinces that don’t agree.

We humans are one tribe; our biology transcends the various sub- tribes, ethnicities, sizes and shapes in which we coalesce. And yet while most of us see this truth we don’t act on it. We continue to divide ourselves into groups that don’t see eye to eye. Perhaps we need to learn from the Crow, the Inuit, and other indigenous peoples who governed in ways that aligned with their commitment to caring for the earth; and  whose world view was that that people are not  rulers of the earth, but rather dependent on it; and that people and the earth have a need to care for one another so both can thrive.