Oct- 2018 Why the International Court for War Crimes Is Essential 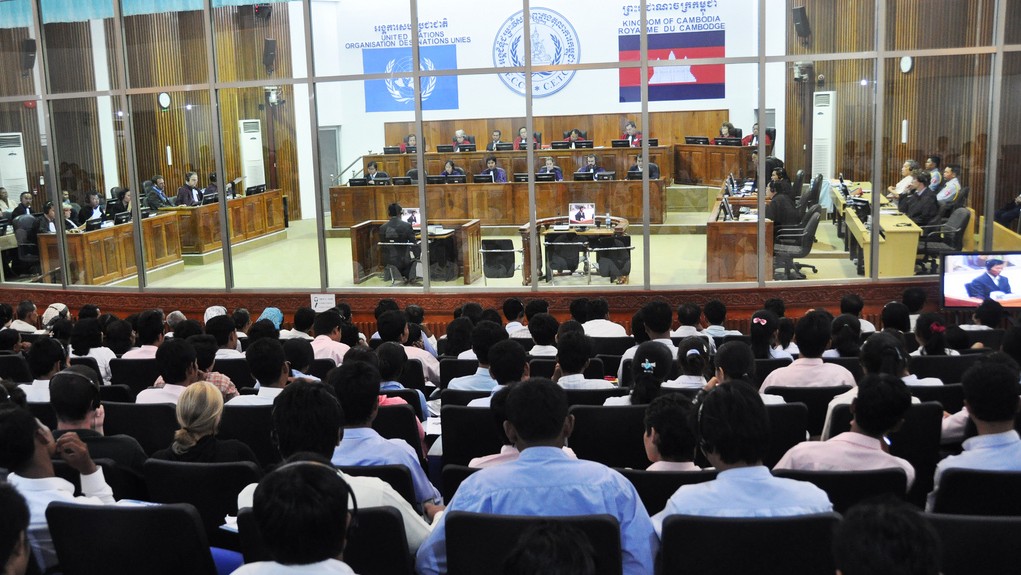 In an increasingly complex and globalized world, how do you provide real justice to the victims of international war crimes? How do countries resolve crimes against humanity? The International Criminal Court (ICC) should be the answer. However, with limited jurisdiction and lacking the support of key countries, the ICC is up against several challenges. In this month’s blog post republished from IDN-InDepthNews, Jonathan Power makes his case for why the ICC is more essential than ever and why the support from countries like the United States ̶ even if their own military forces and operatives are in question ̶ strengthens the important work currently being done. We welcome your thoughts on this important discussion!

Why the International Court for War Crimes Is Essential

LUND, Sweden (IDN-INPS) – Last year the office of the prosecutor of the International Criminal Court (ICC) released a report which for the first time explicitly named U.S. military forces and CIA operatives in secret prisons as possible war crimes culprits for the alleged use of torture and rape. Because the American soldiers were based in Afghanistan which is an ICC member the ICC has broad jurisdiction over crimes committed by combatants on Afghan soil.

(However, since the U.S. is not a member it can’t be prosecuted for alleged crimes committed in non-member ICC countries – for example in Iraq or Syria. It can also refuse for any of its citizens to be prosecuted on its own soil.)

The court, according to Sarah Sanders, the White House press secretary, recently had informed the U.S. that it was “on the verge” of making a decision.

Now John Bolton, President Donald Trump’s National Security Advisor, has made an explosive speech. He said the U.S. would “not sit quietly” if the court acted against the U.S., Israel and other allies. He said the administration would act to protect its citizens from the “illegitimate court”.

He seems to forget that 123 countries are now fully signed up members and that its closest allies, the Europeans, are among its great supporters. Indeed the UK, charged with similar offences in Iraq, is slowly cooperating with the court. In principle the UK recognizes that the court has to do its job, even though it’s not enthusiastic and has tried to stall investigations.

President George W. Bush also detested the court. His government threatened countries that worked with it would be heavily penalised by the U.S. But Bush changed his mind. I was the first journalist to reveal that Bush in his second term was quietly helping the court – searching for the leaders of the genocide in Darfur, Sudan, Congo and for Charles Taylor, the murderous warlord who once ruled Liberia.

President Barack Obama stepped the help up. To my knowledge he didn’t complain publicly about the court’s work in Afghanistan, although whether he would have been quiet about an actual prosecution of American soldiers is a moot point.

Bolton, in the manner of President Donald Trump, threatened fire and brimstone, that went much further than Bush ever did. He said if the ICC pursued cases against Americans the U.S. would ban its judges and prosecutors from entering the U.S. It would impose financial sanctions.

Bolton went so far as to say the court was “outright dangerous”. It was a “freewheeling organization” backed by nations that wanted to constrain the U.S. He said the U.S. would take actions against any company or state that aided an investigation of American citizens and would prosecute ICC judges or prosecutors in such a case.

He also condemned the court for wasting large amounts of money – 1.5 billion US dollars on investigations. “This dismal record,” The New York Times reported, “is hardly a deterrent to dictators and despots. The hard men of history are not deterred by fantasies of international law…..History has proven that the only deterrent to evil and atrocity is what Franklin Roosevelt once called the ‘righteous might’ of the U.S. and its allies.”

What ‘righteous might’ was there in Vietnam, the Dominican Republic, Granada, Nicaragua and Iraq?

As for allies, none of them would lift a finger to help the U.S. pull down the ICC, apart from Israel.

As for the numbers Bolton has misrepresented them. It’s true that there are only 6 men, tried, convicted and in prison. But another 5 have died while on trial. Proceedings against 20 are on going.

Another 12 proceedings against 22 men have been completed with many acquittals, for lack of enough evidence. 12 of the accused are at large as fugitives. At present the court has indicted 43. Arrest warrants are out for 34. There’ll be many more convictions in the next year.

One can add to that the men who were convicted and imprisoned by the precursors to the ICC – courts for ex-Yugoslavia, Rwanda, East Timor and Cambodia should also be counted in. In Yugoslavia it was 62 Serbs, 16 Croats, 5 Bosniaks and 2 Montenegrins. In Rwanda it was 61. In East Timor 84. In Sierre Leone 9 and in Cambodia 3. A total of 242. Add to that the 6 of the ICC and the total so far is 246, and counting.

More are bound to be tried – from Myanmar, Syria, Libya, Sudan, Yemen and Congo.

As for the effectiveness of the courts as a deterrent it’s difficult to gauge. As with domestic crimes one can reasonably assume crime would be worse if there were no deterrents.

It would help if the U.S. were behind the ICC, and if the other powerful non-members were too – Russia, China, Israel, India, Iran and Saudi Arabia.

But, given its limitations, the ICC is doing a reasonable job. Pace Bolton.

Note: For 17 years Jonathan Power was a foreign affairs columnist and commentator for the International Herald Tribune – and a member of the Independent Commission on Disarmament, chaired by the prime minister of Sweden, Olof Palme. He forwarded this and his previous Viewpoints for publication in IDN-INPS Copyright: Jonathan Power. Website www.jonathanpowerjournalist.com. [IDN-InDepthNews – 25 September 2018]