THE PROMISE & PERILS OF MEDIOCRACIES 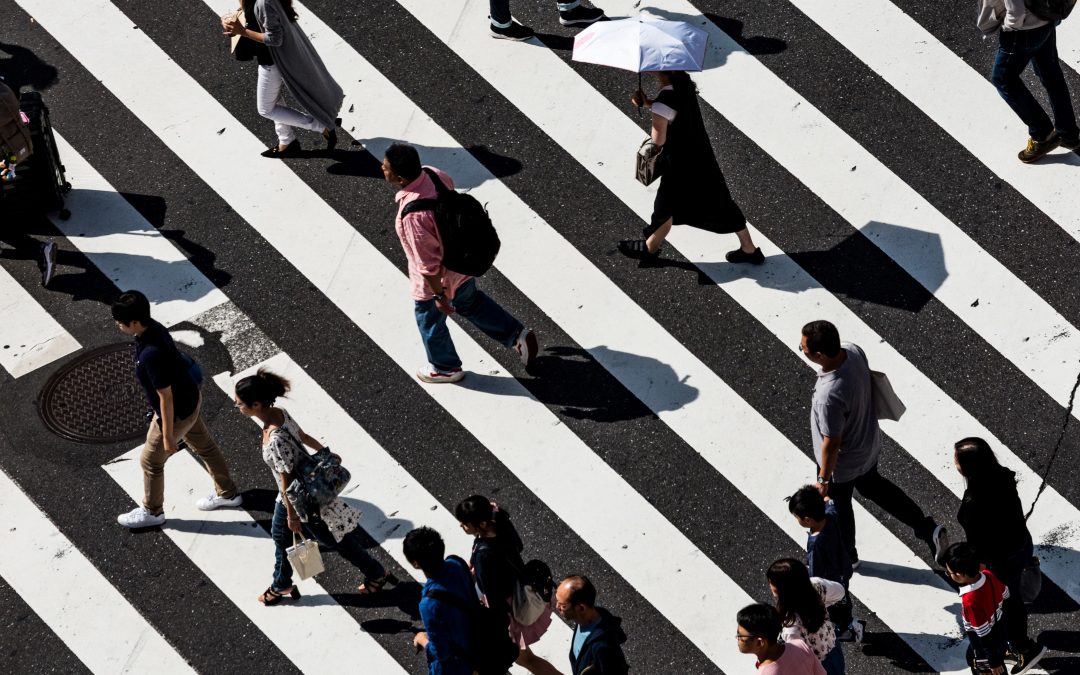 Note: This piece was originally published on Other Stories and has been reproduced here with permission.

We humans have evolved a new form of governance beyond our machine age democracies: toward radical still unruly participatory mediocracies in our Information Age, as I first described in 1964 and in “Mediocracies and Their Attention Economies“.

The early promise of television foreseen by Canadian Marshall McLuhan in, “Understanding Media” (1964) was in the birth of a global village of widening human community, empathy and understanding.  As television became commercialized, I participated in the National Committee for Public Broadcasting, which led to the creation of PBS and NPR.  This vision was revived for early cable systems and many US cities owned cable systems for public information. Similar early visions of the Internet’s promise and the World Wide Web was to free information for enlightening all humans in freely shared global learning and communing.  Politicians echoed planetary visionaries Barbara Marx Hubbard, Vandana Shiva, Stewart Brand and Wangari Maathai by invoking the first visual images of our fragile blue planet in the blackness of space as seen from the moon, as, “Spaceship Earth” (1960) described by Barbara Ward and later by US presidential candidate Adlai Stevenson.  This led to the first United Nations (UN) Earth Summit, which I attended in 1972, convened by Maurice Strong.

How can we restore these visions and reclaim these promises?

Mediocracies morphed from democracies, following the USA pattern of electing telegenic politicians and presidents, from John F. Kennedy to movie star Ronald Reagan and trombone-playing Bill Clinton.  Media performance became a requisite, culminating in the parody of Donald Trump who rose by playing the part of a successful businessman on TV.  Branding and entertainment merged with politics, with candidates forced to raised millions to buy time on commercial TV.  These became dominant businesses as they lobbied the earlier Fairness Doctrine and Equal Time rules off the Federal Communications Commission’s regulations.  In this early Information Age, the power of markets in the USA triumphed, as they did over the USSR and centralized government in the ideological Cold War in the 20th century.

Individualism became hyped as the key marketing tool celebrating consumerism, personal desires and rights overshadowing collective responsibilities.  Yet some good news emerged as I described in “Steering our Powers of Persuasion“.  Violence and coercion by ruling elites gradually gave way to new technologies, professions and markets based on psychologies of persuasion. Leaders began steering opinion and consent through radio, as in FDR’s “fireside chats” in the US depression of the 1930s, in visual advertising in print and on TV, as well as public relations, pressure groups and lobbying. Kurt Anderson’s, “Fantasyland: How American Went Haywire“ (2018) describes the scene and the new media culture augmenting hyper-individualism where people felt entitled —even to their own facts and rights to spread misinformation on unregulated social media.

Meanwhile, the earlier visions and promises of mediocracies were reflected in the mission statements of thousands of corporations.  They promise their products and services are to serve humanity and the greater good in the new mantra “People Profit and Planet“.  Typical of social media giants is Google’s slogan “Don’t Be Evil“.  Hearings in the US congress on how these social media giants have become monopolies address the new threats they pose to democracy, as I described in, “Democracies Challenged in the Digital Age”.   The evidence shows that this very freedom of participation that social media offer to hyper-individualism, irresponsibility, leads to propagation of misinformation, even violence and terrorism.  The freedom for social media to grow unhindered by the rule, Section 230 of the Communications Act (1996) also allowed these companies to claim they are merely platforms and not bound by the same rules as all other media to curate and verify their content.  This rule if repealed will change their business models and limit their profits from advertising and use of algorithms driving profits by inciting users engagement by provoking outrage.

The US government created the Internet with taxpayer dollars, and its enabling infrastructure: satellites, fiber-optic cables over land and seas.  Can today’s US government now learn how to re-direct Google, Facebook, Amazon and Apple toward their original promises still in their mission statements and CEOs’ pronouncements?  Will the current anti-trust focus on breaking up these giants still growing on the Internet’s beneficial network effects?  I witnessed the anti-trust breakup of the telephone monopoly AT&T, while serving as a science-policy advisor in Washington.  “Ma Bell“ was broken into five “Baby Bells”, each one still thriving, determined to launch 5G to speed downloads of Netflix movies, live-streaming entertainment and video games — whatever the social, environmental and health effects on local communities, as described by Katie Singer in “An Electronic Silent Spring” (2014).

A key to restoring the promise of mediocracies as they continue to overtake all forms of government, is to examine the failures of market-driven models while retaining their continuous use in all human societies and our multiple-level transactions as described by Karl Polanyi in “Primitive, Archaic Markets and Modern Economics“(1968).  I focused on today’s underlying market failures in “Markets Problem Twins: Advertising and Trading”, following Nicholas Stern’s description of climate change as the biggest market failure in human history in “The Stern Review on the Economic Effects of Climate Change” (2006).

The USA fell for the most radical experiment in human history offered in market fundamentalist economic textbooks: to marketize and monetize all human transactions — even in the other half of all societies‘ traditional familial and community mutual aid, unpaid volunteer production of community social goods and services I termed “love economies” in my Cake diagram.  This radical project was propagated in the USA and globalized by dominant economic thinking backed by wealthy oligarchs and their patronizing of academic programs at the universities of Chicago, George Mason and many others, founding of libertarian think tanks, Cato Institute, and many others.  Their ideology of “market completion” and the triumph of “efficiency” over-rode all other social values and even corrupting the original Nobel Prize by promoting the Bank of Sweden Prize which the Nobel family has rejected, as I document with descendent Peter Nobel, “The Nobel family disassociates itself from the economic prize”.  At last this “market completion” fantasy is failing, in the spectacular financial cries of 2008 and subsequent market “flash crashes“ and collapsing tourism and travel markets revealed by the global pandemic.  Many books have analyzed these market failures (see reviews in Books & Reviews on (www.ethicalmarkets.com ) including my paper for the UN “Perspectives on Reforming Electronic Markets and Trading” and Mariana Mazucatto’s “The Value of Everything” (2019): Nick Silver’s “Finance, Society & Sustainability” (2017) and “Greed Is Dead“ by Paul Collier and John Kay (2020).  All these exposés are by respected mainstream economists.  My own view in my “Politics of the Solar Age” (1981), is that economics is a useful micro accounting method, but can never be expanded to provide any models for wider applications to manage societies since this requires multi-disciplinary systems models.

Can we take these exposés, along with Shoshana Zuboff’s, “The Age of Surveillance Capitalism” (2019) and Rana Foroohar’s, “Don’t Be Evil“ (2019) and steer these still -unregulated social media and failed markets back toward their promises and away from today’s perils?  I believe this process is beginning, as we see with our own eyes and experience these failures.  The perils are clearly visible in the USA, in the long lines of hungry, unemployed citizens waiting patiently at foods banks and hoping for unaffordable healthcare and unavailable tests for Covid-19.  Donald Trump, the latest TV entertainer to become president, boasts of his defeat of the virus due to expensive round-the-clock healthcare unavailable to US citizens. Multiple manipulations of US open institutions, also by Russian hackers and propaganda led to Trump’s minority victory over Hillary Clinton’s almost 3 million vote advantage.  The profit motives of all commercial media abetted Trump’s free rise particularly Fox News, Sinclair, as well as Steve Bannon’s Breitbart financed by hedge fund billionaire Robert Mercer and others detailed in Jane Meyer’s “Dark Money” (2017).  All this is now public knowledge, along with Trump’s tax avoidance and obesience to Russian aims and Vladimir Putin’s instructions.

This trial by fire of the USA system of democratic norms, rules and institutions is now upon this noble experiment that drew me, like so many other immigrants and fostered our personal development.  The promise of government by the people, of the people and for the people still shines for millions.  Mediocracies now must tame all their media and market enterprises and steer them toward the common good.  To this end, Ethical Markets offered its proposal to withdraw tax breaks for corporate advertising and marketing in our Truth In Advertising Assurance Set Aside (TIAASA), featured in the UN Human Development Report, (box 5.3, pg. 91) (1998) www.undp.org, and make these escrowed funds available to NGO groups correcting untruthful ads, such as in the case of tobacco. We also founded the EthicMark® Awards for Communications Uplifting the Human Spirit & Society to provide examples of how ad campaigns could serve the common good.  All our winning campaigns, mostly from non-OECD countries, re-define how this $800 billion global industry could shift from promoting irresponsible consumerism to promoting global citizenship and the SDGs. ( see these short videos at www.ethicmark.org, EthicMark® Judges Panel).

We also join with many others in promoting ethical investing, corporate responsibility to all stakeholders, as well as the SDGs as the better set of real-world targets and scientific metrics to guide equitable human development.  These SDGs supersede the narrow, money-based GDP still slavishly followed by mainstream institutions, governments and media described by economist Joseph Stiglitz as “GDP fetishism“.  Our “Beyond GDP” global surveys since 2007, still show an average 73% majorities favoring expanding GDP with scientific data on health, education and environment. GDP reinforces money and market fundamentalism, incentivizes bad behavior and the Seven Deadly Sins!  By contrast, the SDGs after decades of worldwide grassroots input from all sectors represents in its 17 goals, the promise of evolving our mediocracies toward traditional communitarian values taught in all societies: mutual respect, aid, sharing and the Golden Rule.

All this revival of community is now vital as the planet teaches us how to survive our past mistakes and self-inflicted climate crises: fires, floods, superstorms, rising sea levels, pandemics, crazy stock markets and erratic leaders.  The current sixth wave of extinctions we are helping cause to other species need not include us!  We have all the tools and evidence we need to survive and thrive. We need to work together to retain the promises of our participatory, free societies, balancing our rights with our human responsibilities set forth in the 16 Principles of the global grassroots-created Earth Charter www.earthcharter.org. These values and those in the SDGs can tame and return markets to their limited spheres of our societies and break their mythic power of money.  As we see money printed daily on TV and “stimulus“ rather than “austerity“ is the new slogan, we recognize that money is just one useful metric for tracking and keeping score of our activities.  While our societies still run on the money-based purchasing power of individuals, and in our new COVID-based “normal”, we need to maintain this model and safety nets to keep our economies afloat.  We can shift central bank money-creation, add basic guaranteed incomes and shift government investments from polluting fossilized sectors to renewably-resourced circular economies.  The “green new deals” now possible in the USA, Europe and 146 other countries by 2030-2050 are supported by millions worldwide, including the Green Economy Coalition, the new Earthshot Prize and even Britain’s Conservative leader Boris Johnson and his “climate czar” Nigel Topping, also on our global Advisory Board.  Let’s grow up and welcome graduation time on planet Earth!

*Hazel Henderson, author of ”Mapping the Global Transition to  the Solar Age” and other books in 800 libraries worldwide in over 20  languages, is CEO of Ethical Markets Media Certified B. Corporation, producer of  “Transforming Finance” TV series and publishers of the Green Transition Scoreboard www.ethicalmarkets.com