Big Data. A World in the Hands of Mathematicians 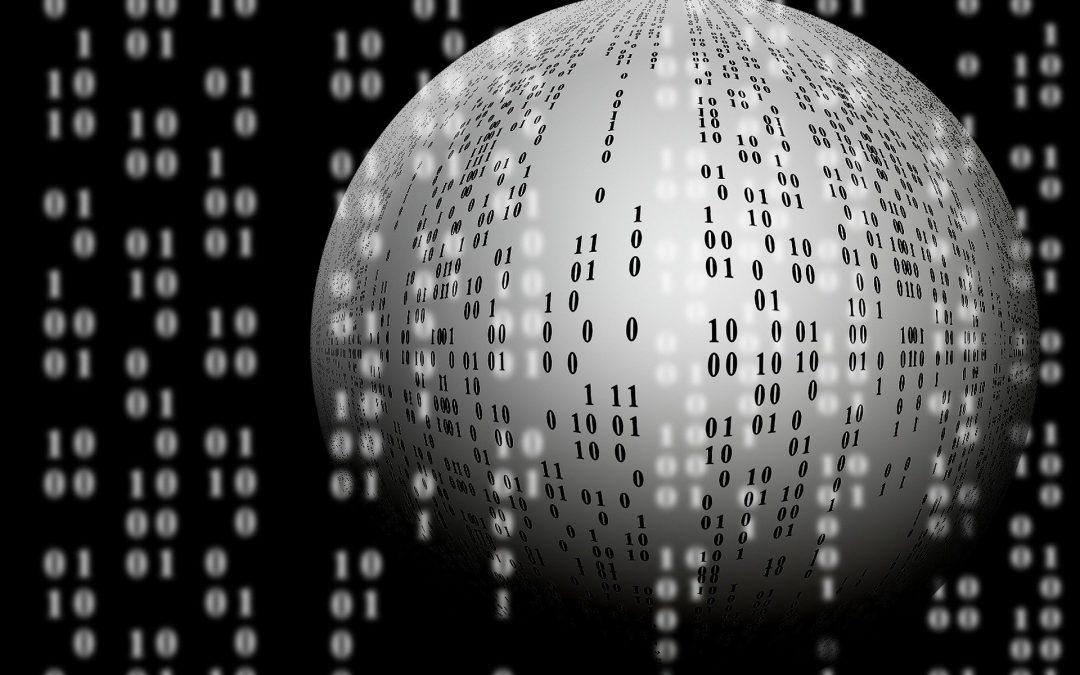 Note: This piece was originally published on Other News and has been reproduced here with permission.

Mathematicians, managers of the immense computing powers that command algorithms and point towards transhumanism, will lead us – or probably have already led us – into “another dimension”: a “digital environment”, that is, a “numerical” dimension in which production, reproduction and access times tend towards zero, and space instead tends towards infinity, as it can be easily extended thanks to new masses of numerical sequences (websites, portals, communities, etc.) to be added to those that already exist. Consequently, the speed of digital life also tends towards infinity and the force of gravity in cyberspace makes everything float and act in ways that we cannot measure. Will this parallel dimension still be managed by humans “born of women”? Yes, sure, but for how long?

Many do not want to hear talk of globalisation, total reset, domination of techno-finance, surveillance capitalism, and so on. They think they can reverse the course of history. They hope we can go back. “Give us back a leader who has the mammalian part of the brain more active than the reptilian part. He may be banal and Jurassic but reassuring,” many dream. “We felt better when we were worse off.”

Many are sovereignists, nationalists, convinced that money is created out of nothing. In the United States they voted for Trump, in the United Kingdom they voted for Brexit, in Europe they would no longer have anything to do with Brussels, with the ECB, with the Euro, which they identify with the illusionist apparatus and the tricks of the most fundamentalist neoliberalism.

Many others, on the other hand, are eternal social Darwinists and think that evolution authorises any attempt to create everything that is imaginable, beyond ethics. They march serenely towards a dystopian future, paving the way to the sound of 5G.

The future, that beautiful hopeful post-World War II future, is no more.

Twenty years ago, a tagger wrote on the walls of a German university: “The future no longer exists, at least let us have fun”. But do so-called young people of today still have fun? I don’t know. Those I meet seem a bit at the mercy of the unknown, tinged with a dark lightness, carried here and there compulsively by the smartphone. Only a minority of them appear lively. I hope I’m wrong.

But let’s go back to the future.

Who can afford a grand-scale vision of the future today?

The participants in the G20? The heads of some UN agencies and international bodies such as the IMF, WHO, WTO? The Holy See? Of course! But now (or as always) in the role of Soothsayers. That is, thanks to a strange predictive attitude that does not allow us to clearly understand whether they are right or lying, whether they make statements that they believe in or are simply forced to do so by their role or, even worse, by partisan interests.

Local politicians with government responsibilities in their own territory, on the other hand, cannot afford a vision of the future on a grand scale, because they must deal above all with the Present. They have to deal with the squabbles and power struggles in their condominium state.

Those who deal a lot with the future are the great planetary merchants. In Davos and in other para-secret meetings it is the merchants’ agenda that dictates moves towards the future: innovation, algorithms, artificial intelligence, the Internet of Things, biogenetics.

In recent years it is as if the power elites wanted to “free themselves” of a responsibility … of the fact that they have made humanity pay for their perverse ability to set prices, give an exchange value to everything, commodify art, health, fantasy, culture.

It is as if they wanted to free themselves of the historical memory that somehow haunts their caste … forget that “setting a price, making a profit” that has cost oceans of blood and pain and relaunch growth and progress through technological innovation, given that States have failed both at home and in international cooperation, and civil society is terrorised by Covid-19.

The priests of Mammon: the great merchants, the central and business banks, the investment funds, the mega brokers … the so-called ‘capitalists’, the large-scale retail trade, and their conformist and obsequious media butlers … ALL OF THEM, also a little unconsciously, also trusting a little too much in their ability to ride fortune and human misfortunes and passions, and also because now they themselves deprived of the route … the merchants today accept the great gamble with the future, officially abdicating their faculty of choice … and they rely on algorithms, on self-learning artificial intelligence, on robotisation. They are not alone: ??in some activities they are also supported by the warriors, that is, military and intelligence structures both mercenary and “public but deviant”. They call the new gamble “The Great Reset” and will do everything to win it, at the price of restructuring large areas of the stock exchanges, at the cost of bordering on or even triggering civil wars in some important democracies.

To appear relieved of personal and caste responsibility. To act undisturbed in the shadows and be able to tell both the media and their loved ones, before falling asleep in the arms of their spouse or slouching at the end of an orgy …  “And what have I got to do with what’s going on (it’s like listening to any president of any central bank at the annual general meeting), “it’s not me who builds the steps of the future, dear brothers … it’s algorithms, it’s self-learning artificial intelligence that sets the course. The numbers speak for themselves. And they have now been doing it for years. Big data talk today, they are the real wise men, they decide what to do.”

“Of course, we continue to benefit,” recognise the merchants, “but it’s the yield of history … we have led the planet up to here. They wanted a war? Any war? OK! We financed it. They want to go into space? Well, we’re doing our best. They want to die at 100 and they wanted the medicines? OK, we funded the research, made the alibi of animal vivisection available, we supported patents, we “invented” mass medicines, mass vaccines … They they want sex, drugs and rock’n’roll? They wanted Hollywood and Facebook? OK, we gave them these.”

Today, between the lines, the merchants say: “It’s no longer us who decide. We are no longer the ones who make up the numbers. We adapt to Big Data Power.”

As Shoshana Zubov wrote in ‘Surveillance Capitalism’: “… we are the objects from which raw materials are extracted and expropriated for Google’s prediction factories. Predictions about our behaviour are Google’s products, and they are sold to its actual customers but not to us. We are the means to others’ ends.”

And so the future envisages that those who command are the mathematicians! They will lead us (have already led us) into another dimension that is parallel, still somehow handled by human hands. But for how long?

Every hegemon of the future: presidents of states and assemblies, great financial-merchants, military leaders of cruel armies “for hire” … all of them will have a mathematician by their side. We would like this to be a mathematician-mystic-free thinker, an emulator of Pythagoras, but the risk is that it will be a heartless accountant.

It is no longer the time of architects, sociologists, statesmen, jurists who wrote the beautiful democratic constitutions … judgements will be issued by algorithms, international treaties will be written by learning machines, art will be done by robots. It is the time of big data collectors: that is, of mathematicians.

Where are the filmmakers, the writers and the poets … what has become of the adventurers and heroes who in their lives traced paths towards the future, providing stirring examples to follow?

What is needed is a new poetry, the poetry of the apocalypse … to be offered in support of the younger generations. Let’s face it … maybe a bit of this role was played by the music of civil protest? Yes, but what happened to music, that soundtrack of life? Under a tsunami of digital notes, an ocean of sobbing and obsessive scraps attributable to numerical sequences.

Nonetheless, the wind is still blowing … “There is a long road ahead, and the stars are only way stations … ” (Marshall McLuhan)

*Italian professional journalist and writer, Bachelor of Mass Communication Sociology. For 20 years he has been a correspondent and media editor for the newspaper La Repubblica, then 15 years in the Italian Radio Television (Rai) where he was responsible for relations with the foreign press and for the promotion and technological development of Rai International. Article sent to Other News by the author.